Skyway Tools was founded by owner Doug Gillis in December, 1986 and the business sold tools right from the time the doors opened.  In 1989 Gillis expanded into a new building, then met me, his wife Sherry, later that year..  In October, 1994 we had two tool stores - one in Paradise, CA and one in Chico, CA - and we ran back and forth between our locations. At that point we did not have an online store yet, because SkywayTools.com started in 1995. 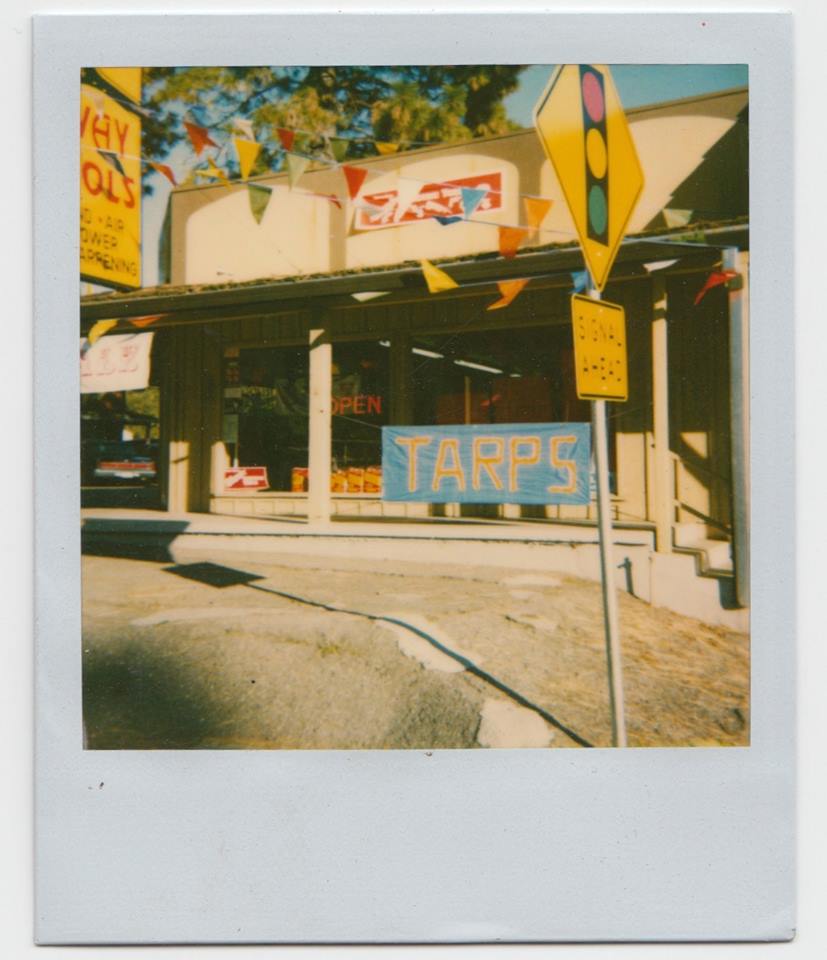 We have always opened our tool store at 9:00am, so when the phone rang at 7:00am one morning, it was an early surprise. We were renting a building out on Mangrove Avenue and the owners had sent out a roofing company to tear off the roof and put a new one on and the work had begun the day before with the tearing off of the old roof. The roofing company was calling us at 7:00am to tell us there had been a freak storm and two inches of rain had poured down on our open store!

We raced down the hill from our home to the store. There was so much water pouring down that we didn't catch the water in buckets - we caught the water in GARBAGE CANS! My husband, co-owner Doug Gillis, was so upset that he could barely speak. We rushed to grab the tarps we carried at the store and quickly covered our stock. The water had rushed toward the back of the store, which was a stroke of luck for us. The counter and computers were at the front of the store and had remained dry.

We actually never closed the store that day. The customers would come to the door, tell us what they wanted, we would go into the store and fetch the tool, bring it to the front counter and sell it to the customer. We sold $500 worth of tools that day!

It took months to completely clean up the mess from the roof debacle. First the water came pouring down, which tore out the ceiling and sheet rock, leaving the bare boards upon which the new roof would have to be set. The roofers had to clear off the the roof, causing dust to filter down through the cracks between the boards and onto our store. Next they had to lay the roof and tar it, so little bits of tar seeped through the cracks in the boards and down onto our stock. Next they had to come inside and put in new sheetrock and a new ceiling and lighting. Each layer of work created a new layer of dust and dirt, so we had to constantly clean the thousands of tools we had in stock.

Once the roof was up and secured, the flooring had to be changed. We had indoor-outdoor carpet in the tool store and that was changed to tile linoleum, so we had to wait until the store closed every night to work on it. The insurance company hired a general contractor to come in and he stayed after work each night. My husband went home after his day's work and I remained behind to help the contractor.

We stayed in business, but just barely. It took a few years for us to pay off our debts and get back on track. It was a difficult situation at the time, but the experience taught me that we could go through quite a bit and still be okay.  This came in handy in more recent years when our tool store had to survive the Great Recession.